Taking on Cheerleading in College 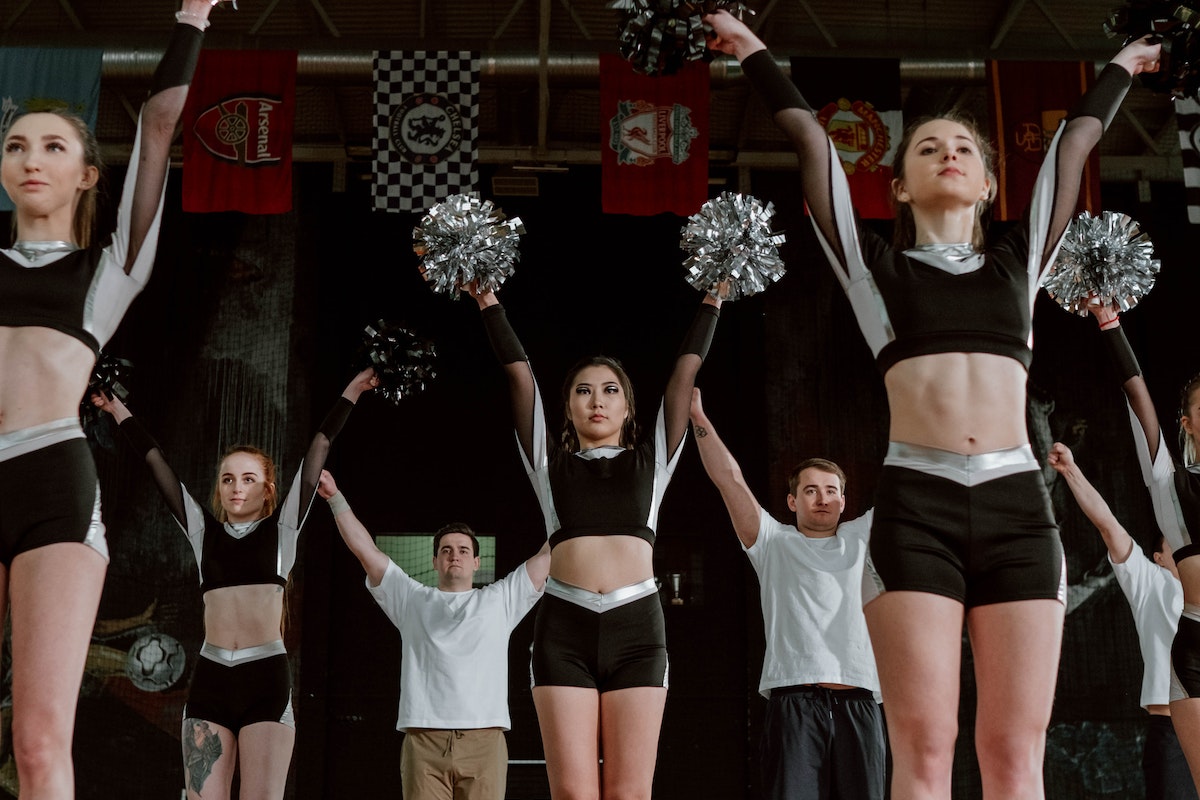 College cheerleading is an exciting opportunity for those with cheerleading experience who want to further their passion. College cheerleaders are the ones out there directing college sports games, along with pulling some pretty impressive moves and stunts while they do so! Unfortunately college cheerleading is not currently sanctioned as a NCAA sport, but still a heavy fan favorite! Cheer colleges can vary, with some being a bit more competitive than others. Some have levels broken into JV and Varsity, similar to high school. There are also both all-girls and coed squads.

To become a part of a cheerleading team at college, there is a certain level of skills and experience you must have attained. It’s also beneficial to create a recruitment video that highlights some of your top talents.

Some Skills You Should Be Familiar With:

Along with creating a recruitment video, you should attend various cheerleading camps and clinics to meet new people and work on some new skills!

There’s around 250 universities in the country currently that offer cheerleading programs. These programs are offered at the NCAA Division 1, 2, and 3, along with the NAIA institutions.

Learn a bit more about the top 6 colleges mentioned across these different divisions!

Scholarships are also a big part of the cheerleading program at UCF. Around $1000 to $2000 scholarships are offered to around 15 students each year. This includes new prospecting that returning members as well. UCF’s cheer team won the 2020 College Cheerleading National Championship, and the program has also placed in the top 10 of the championship 25 times in the past 30 years. UCA national titles in 2003 and 2007 are also included.

The cheerleading team at UCF is also sponsored by Nike. This means that all practice attire, game uniforms, shoes, warm-ups, and bags are provided at no additional cost to the student.

A post shared by The University of Alabama (@univofalabama)

‍The University of Alabama has had a very successful cheerleading team as of late, with the team taking home its third division 1 all girl national championship towards the beginning of the year. It is currently the sixth national title overall for UA’s team, also winning co-ed titles in 1984, 2011 and 2015. UA’s second-place finish in this year’s co-ed competition is the team’s third in the last six years, previously winning the same competition in 2020 and 2017.

‍Oklahoma State University recently came away with a national title for the second straight year in the decade. OSU notably came in front of Louisville and Texas Tech in the large coed division. The team also came runner up in the all-girl division a little behind Louisville. The NCA Nationals take place every year in Daytona Beach, Florida, and judges teams based on five skill-based categories: stunts, pyramids, basket tosses, standing tumbling and running tumbling. The Oklahoma State University Cheer Squad was also the 2021 National Champion after dominating the field at a previous competition at the National Cheerleaders Association College Nationals in Daytona, Florida. The victory marked OSU's seventh national championship in Large Cheer Co-Ed Division 1, and its first since a streak of three-consecutive victories from 2013 to 2015. The purpose of the cheerleading team at OSU is to support the athletic teams of OSU, encourage crowd participation, present a positive role model, communicate and socialize with alumni and fans, and attract as much positive attention as possible to the university.

A post shared by The College of New Jersey (@tcnj_official)

The cheerleading team at the College of New Jersey cheers for all home football games, along with the men’s and women’s basketball games. The team also competes annually at the Universal Cheerleading Association’s College National Championships, held annually in Orlando, FL. TCNJ’s Cheerleading Team has a team dynamic of very strong work ethic, so be prepared for the commitment! Just like joining any college cheerleading team, you will be bound to have an extremely rewarding experience when you attend the school and join the team.

The team attends a mandatory 4 day camp in the summer, and begins their regular practice schedule (3 nights per week) in late August. There are also work out sessions throughout the year and a couple extra practices during winter break to help prepare for Nationals that will come right around the corner. The season finishes at the end of basketball season in early March.

The cheerleading team at the University of Minnesota has the ultimate goal of serving and guiding student athletes to the greatest amount of success possible. Both through academic and athletics. Through the diverse qualities and characteristics of the team, they will bring adequate care and attention to every single team member. The end goal of the team is to build intelligent, authentic, and hard working people not just at school, but also later in life.

The University of Minnesota Golden Gophers Spirit Squads comprises the cheerleading organization at the Twin Cities campus of the University of Minnesota. The school has one of the first programs ever to form worldwide, and the University is commonly referred to as the “Birthplace of Cheerleading.” The Co-Ed and Small Co-Ed Cheer squads consist of both men and women, even though the size varies from year to year. The All-Girl Cheer squad consists of all women.

Navarro College is a junior college that has recently become a bit more notable. This is due largely to the team’s appearance in the Netflix series “Cheer,” but also due to some recent successes. Cheer is a documentary series that is focused on two junior college teams from East Texas. The second season, released in January of 2020, followed Navarro College and their rivals Trinity Valley Community College, showing the preparation of both squads for the NCA Collegiate Cheer and Dance Championships.

The Navarro College Cheerleaders recently reclaimed the NCA National Title at the NCA & NDA Collegiate Cheer and Dance Championship in Daytona Beach, FL at the beginning of the year. This also marked the team’s 15th National Title. The team was awarded as the Grand National Champion for having the highest score of all the teams competing with a 99.213. This is now the sixth time the team has earned Grand National Champion!

Skills looked for in male cheerleaders at Navarro:

Skills looked for in female cheerleaders at Navarro:

Did any of these schools peak your interest? Check out some of the websites and see how you can apply, good luck!