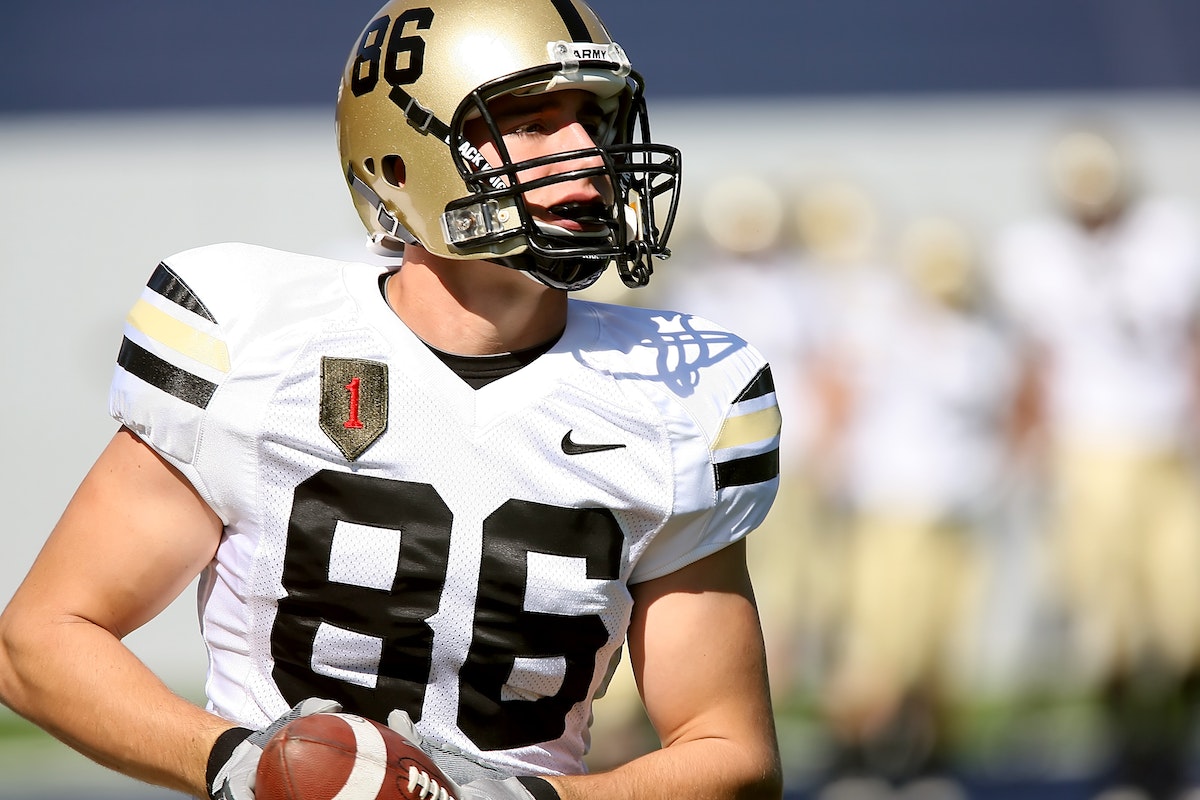 Take a look at these schools with the top football programs

College football is among the most popular sports in the United States. Because of this, college football is extremely competitive overall. Large stadiums can become packed with up to 100,000 fans, full of students/alumni from the school as well as people who just love football!

How can you improve chances of standing out amongst others?

In order to get into a good school to play football, there are a few things you can do to help your chances of being accepted.

Get Discovered by Coaches

College football coaches are looking for recruits that have lots varsity experience, a stellar highlight film, the right body type, high football IQ and good academics. Even if an athlete has all of these valuable characteristics however, there will never be an absolute guarantee that a coach will find you. Take the initiative and reach out to a coach directly if you have the means.

Having an impressive highlight video is important for athletes in the football recruiting process! Highlight videos are usually a coach’s first way to watch recruits compete, so it should really capture your best qualities as a football player.

Football camps are a really great way to show off your skills in front of college coaches. You also get the opportunity to check out some of the competition and find out what you can improve upon.

Check out the top colleges with the best football programs!‍

Home to the Ohio State Buckeyes, the football team at Ohio State can be found on the school’s main campus in Columbus, Ohio. The team competes in the Big Ten Conference, and they are currently coached by Urban Meyer.

The Buckeyes are known for their impressive scoring history, dating back to the school’s first season in 1890. As of 2022, the team holds an all-time record of 878-320-53, 37 conference titles, eight national titles, and 10 undefeated seasons, six of those perfect seasons. Heisman winners including Troy Smith, Archie Griffin, and Eddie George have also been produced by the school.

Ohio Stadium, where the Buckeyes play home games, is known for its very supportive and upbeat energy in the stands. The stadium can currently seat over 100,000 fans.

The University of Notre Dame has one of the most popular collegiate football teams in the entire country! The team is called the “Fighting Irish,” and has had a pretty long history of victory. The team also plays around five games a year against opponents from the ACC, which Notre Dame is a part of all sports besides hockey. The Fighting Irish originally competed as an ACC member for the 2020 season, then went on to appear in the ACC Championship Game later. The current head coach is Marcus Freeman. Freeman previously served as the defensive coordinator and linebackers coach at Notre Dame in 2021

Because the Fighting Irish are so popular at Notre Dame, it’s rare to see an event because they’re completely sold out when they play at home at the Notre Dame Stadium. The seating capacity is over 80,000 for most games!

The University of Alabama has an excellent football team that is known for their groundbreaking success when it comes to conference championships.

In total, Alabama has won 33 conference championships! Alabama is also the only school to win an SEC Championship in every decade since the conference was founded in 1933. The home games at Alabama are played at the Bryant-Denny Stadium. The stadium holds over 100,000 fans, and is thought of as being one of the loudest stadium environments in the entire country.

The University of Oklahoma is the home of one of the most beloved college football teams in America, the Oklahoma Sooners! The Oklahoma Sooners are located at the school’s main campus in Norman, Oklahoma, and they are also a member of the Big 12 Conference. Currently, the head coach is Bob Stoops who has been serving his role for almost 20 years.

The Oklahoma Sooners have been a hugely successful team ever since they were created in 1895. As of 2022, the school has managed to claim seven national titles and over 45 different conference titles.

The football program has a number of different all-american and Heisman winners, and all home games are played at the Gaylord Family Oklahoma Memorial Stadium. The stadium can fit over 80,000 people, and there is currently a record for there being almost 90,000 fans who have been in attendance. Atmosphere on game days is always loud, fun, boisterous, and sports in general have always been very popular at the University of Oklahoma.

The football team at the University of Nebraska, the Nebraska Cornhuskers, represent the University of Nebraska in the West Division of the Big Ten. Nebraska plays its home games at the Memorial Stadium, where nearly every game has been sold out since 1962. Since early 2022, the team has been coached by Mickey Joseph. Nebraska has one of the most impressive football programs in all of college football history, and they also have the eighth-most all-time victories.

An interesting aspect of the sports environment at the University of Nebraska includes students wearing red as part of a tactic to try and intimidate other teams!

Along with the University of Nebraska and the other colleges presented in this list, Florida State University has a pretty impressive history when it comes to their football team, the Seminoles. In total, Florida State has won three national championships, eighteen conference titles and six division titles followed by a playoff appearance. The Seminoles have managed to achieve three undefeated seasons, and ranked in the top four of the AP Poll for 14 straight years from 1987 through 2000. The team also put 41 straight winning seasons under their belt from 1977 to 2017. The team has won a total of 29 consecutive conference games and is currently tied for the longest winning streak in all of ACC history.

The team plays all of their home games at the Doak Campbell Stadium, which is commonly referred to as just “Doak” by many. This stadium can fit around 80,000 fans, making it one of the largest brick structures in the world, followed right after the Great Wall of China. This stadium which is found on the school’s main campus is one of the most intimidating stadiums for visiting schools. This is due to the loyal fanbase of the team and the rowdy atmosphere that can take place. This is especially true when the team is playing one of their top rivals such as the Clemson Tigers, Miami Hurricanes, and the Florida Gators.

Remember the tips presented at the beginning of the article on how to put yourself out there and get recognized for your talents. Good luck, and know there are lots of colleges out there that can provide great opportunities while you are playing football there.