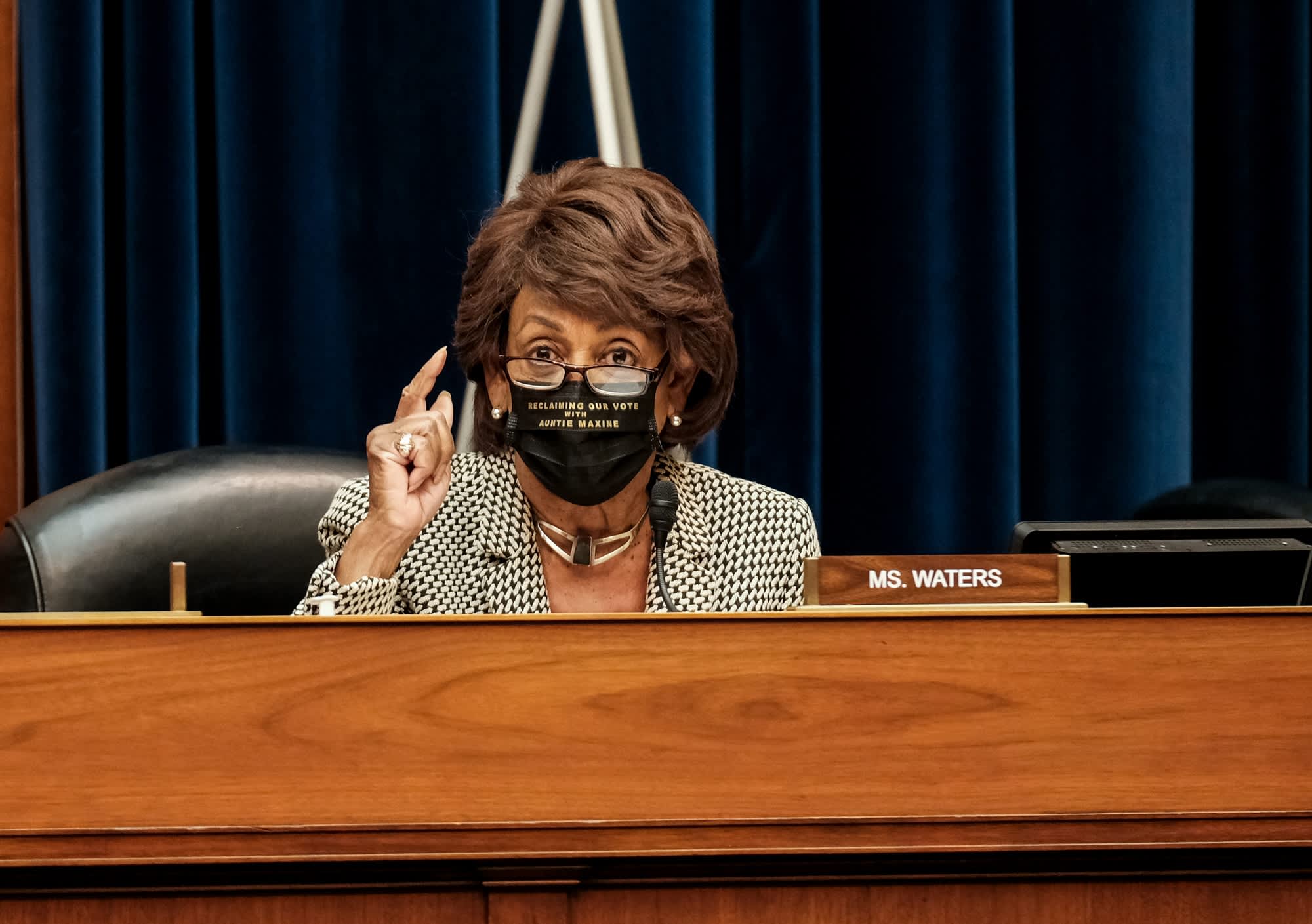 Waters, Chairwoman of the House Committee on Financial Services, joined Congresswoman Ayanna Pressley (D-MA) as a co-lead in the resolution in December. Senate Democratic Leader Chuck Schumer (D-NY) and Senator Elizabeth Warren (D-MA) reintroduced the resolution in the United States Senate, alongside Representatives Pressley, Alma Adams (D-NC), Ilhan Omar (D-MI), and Mondaire Jones (D-NY). Other notable Democrats such as Bernie Sanders (D-VT)  and Alexandria Ocasio-Cortez (D-NY) have long since been part of the push to diminish student loans.

Here’s the breakdown on student loan debt: more than 43.2 million student borrowers are in debt by an average of $39,351 each. The Department of Education is the primary lender for these loans, also called Stafford loans.

The nationwide total student loan debt balance increased by 8.28% in 2020, amidst the pandemic. Since getting in office, Biden has reinforced the previous implementation of the CARES act, which has granted relief to a minimum of 20 million borrowers across the nation in the second and third quarter of 2020. It’s estimated that at least 35 million Americans have qualified for student debt relief under the act.

There has been temporary relief for federal student loan borrowers, but especially for those who are undergoing financial stressors due to the pandemic. A large proponent of Biden's campaign was to alleviate the financial stress associated with student loans. He promised to cancel $10,000 worth of student loan debt per person. As of today, he has only extended the halted payments proposed in the CARES act, but has not officially canceled any student debt.

According to Waters, student loan debt not only exacerbates the racial wealth gap, but upholds a system that oppresses working class people who might not be able to afford an education without the assistance of loans. “The time to cancel student debt is now,” she said during an official statement in December 2020. Six months after this statement, and no rash action has been implemented on Biden’s part.

On average, tuition increases about 8% per year. Therefore, the cost of college doubles every nine years, meanwhile, the federal minimum wage for covered nonexempt employees has been $7.25 per hour since 2009. Democrats, including Waters, are calling out the hypocrisy in these acts and are pushing for President Biden to cancel student loan debt. First and foremost, we will break down the act of getting student loans, and the resources available.

Different student loans, the FAFSA, and what they mean

When you apply for financial aid through the FAFSA, federal student loans for college are generally part of the package deal. Each student is generally allotted both subsidized and unsubsidized loans from the federal government. When taking out a loan, allotting the money and terms or conditions of the loan is very important to keep in mind. One thing that exceeds financial stressors after it accumulates over time is interest. As an undergrad, you can borrow both Direct Subsidized and Unsubsidized loans. You can borrow up to $12,500 a year in federal loans depending on your financial aid package.

The FAFSA determines eligibility for need-based aid and whatever aid is allowed based on your parent’s income. This information is then transferred to the institution of your choice for evaluation and support. Each institution is different and they may offer you grants and scholarships as part of your financial aid package. For additional information on student loans, you can visit Grantford’s guide to education loans.

The resolution’s demands and Waters’ approach

The resolution recognizes the Secretary of Education’s administrative authority to cancel up to $50,000 in Federal student debt, and calls on President Biden’s executive action to enact it. Not only does it cancel debt, but close racial wealth gaps and keeps wealthy borrowers in check. Statistics show that student debt weighs heavier on BIPOC borrowers than their white peers in the long run. Black and African American college grads owe at least $25,000 more in student loan debt, and nearly four years after graduation, 48% of borrowers owe 12.5% more than they borrowed in the first place.

Waters' impact on this resolution can turn the tide for the final decision given her position as chairwoman of the House Financial Services Committee. Her position has given her the platform to hold America’s largest banks accountable. A previous report of hers discusses pay equity and bank diversity data involving several different firms. The data shows that America’s 44 largest banks aren’t giving investment opportunities to diverse-owned firms. It reads that “banks and other investors must make diversity a priority to overcome historic biases.” Tackling student debt and it’s racial disparities are within the same discussion of equal financial opportunities for all.

An active member of congress since 1991, Waters is also an avid civil rights activist. In a recent op-ed in the Los Angeles Times, she said “It is clear that I am not new to protest and I am not new to challenge and confrontation.” Her passion is imminent in her continued support for the Black community and her non-violent approach to justice. Alongside this, she’s recently advocated for the Eviction Moratorium to be extended, protecting renters who have been disproportionately affected by the pandemic financially. Waters is approaching the issue of student loan debt with the same ferocity.

This resolution also encourages Biden to pause student loan payments and interest accumulation for the entire duration of the COVID-19 pandemic. Rising national cases of the Delta Variant have caused some states to hit all-time highs in death tolls. For example, data shows that young Mississippians under 40 make up 65% of COVID-19 Delta variant cases, disproportionately affecting Black people with over 70% of identified cases. Therefore proving that access to proper care and resources are a civil rights issue. Warren and other Democrats argue that student debt relief is a much needed contribution that’s well within his power.
‍

Where the Biden Administration stands

During his campaign, Biden proposed to immediately provide $10,000 in debt relief in stimulus. He has actively cancelled $1.5 billion in student debt so far, which is less than 1% of the total outstanding student debt balance in America. However, his promise to cancel $10,000 hasn’t been enacted. Biden and House Speaker Nancy Pelosi insist that the resolution goes through Congress rather than Biden, despite the Higher Education Act of 1965 stating he can take executive action.

No bill should pass without immediate, generous relief for workers who are losing jobs and hours, small businesses losing revenue, and communities facing emergency needs.

Despite his reluctance to implement massive student debt relief, the Biden Administration’s plan to tackle higher education is pretty promising on paper. His team has proposed the American Families Plan, which discusses the addition of at least four years of free education. In this proposal, he states a plan to buckle down on educational services for young people as well as provide two free years of community college education. It also proposes to make college more affordable for lower class and middle-class students, and pledges to support teachers and educational professionals in instituting this change.

Other additions to the statement include a $1,400 increase in Pell Grant Awards for low-income students. This is in fact to fight against the rising costs of college education and the lack of accessibility posed by these increased costs. Although these changes are very promising, not once does he mention his initial proposal to provide $10,000 in debt relief for student loans. This brings to question what he will do once the decision needs to be made in January 2022 regarding student loans after his pause on interest and payments has subsided.

Biden seems to be sympathetic toward considering the cancellation of student loan debt; however, it’s not the same as taking action against heightened issues affecting different communities. His decision on student loans will be hotly contested by Democrats, educators, students, and the American people at large. 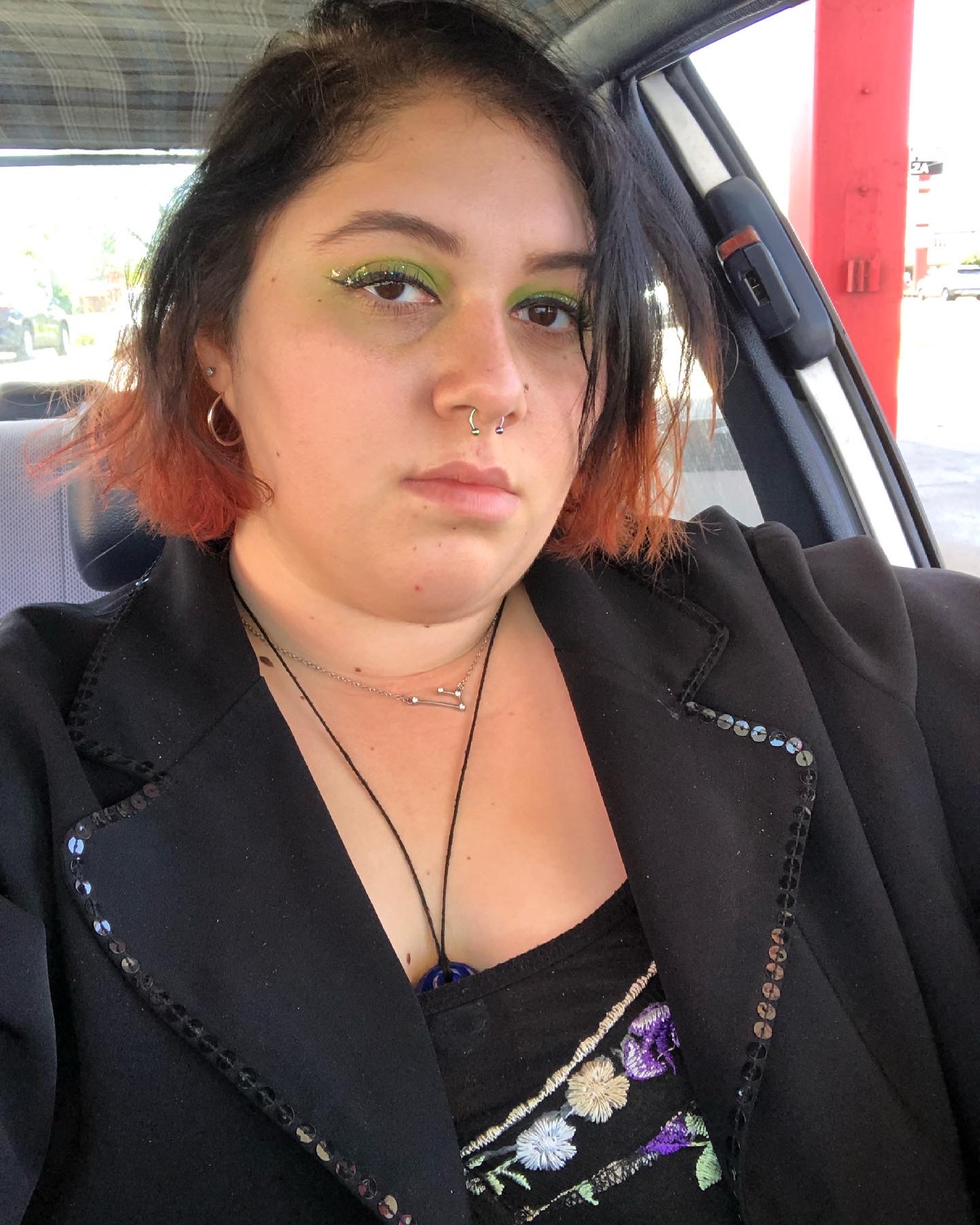